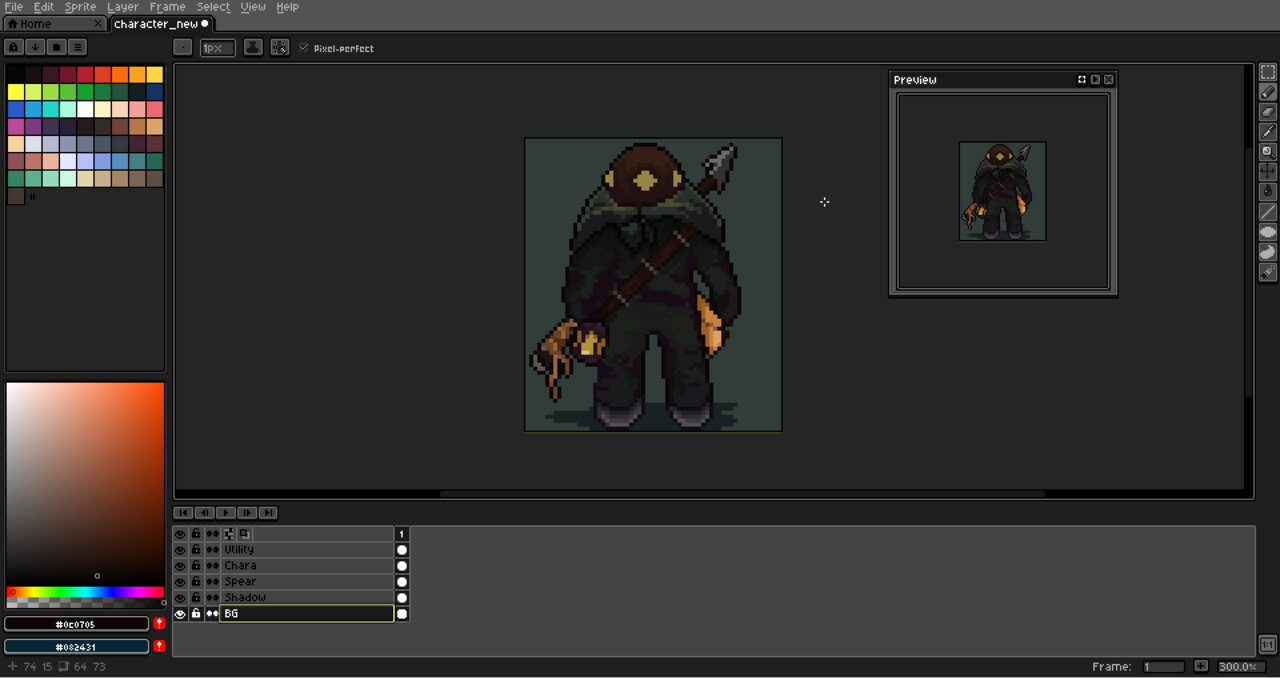 Oh hey, it's been a little bit of time since my last post! Mostly due to sickness I've been having to skip some days of working on my own things and instead taking care of myself. At this point, when it comes to code, I've been working on collisions that determine which parts of the map the player can and can't pass through.

They're currently ugly red blocks but they function! I've also set up the main menu but it's kind of a functionless shell at the moment.

The more I looked at my true top view character (much like in Darkwood, for example), I was thinking that maybe I want to go with top down after all, as it allows for a better view of the environments and town that I was planning.

Overall the change isn't particularly big, as I have set up the code in a way that I won't break stuff when switching things around since pretty much everything is a placeholder right now, as much as I wanna fight that thought.

So that's where that new character design in the beginning came from, I'm kind of happy with it but it's not yet final. And using my current top view guy for now in testing the build.

I largerly decided to go for that top down as I am putting together a map of the hub town where the player spends most of his/her time, which is possibly my next update. It's been really fun so far but I'm trying to keep everything together and coherent. Code is very straight-forward but when it comes to design I have an issue of just overthinking things and tweaking them ad nauseum. Putting things down as a blog really helps me keep it together.

A video series would be best but I think I need more courage to do that. Maybe one day.

Hope you had a great weekend.