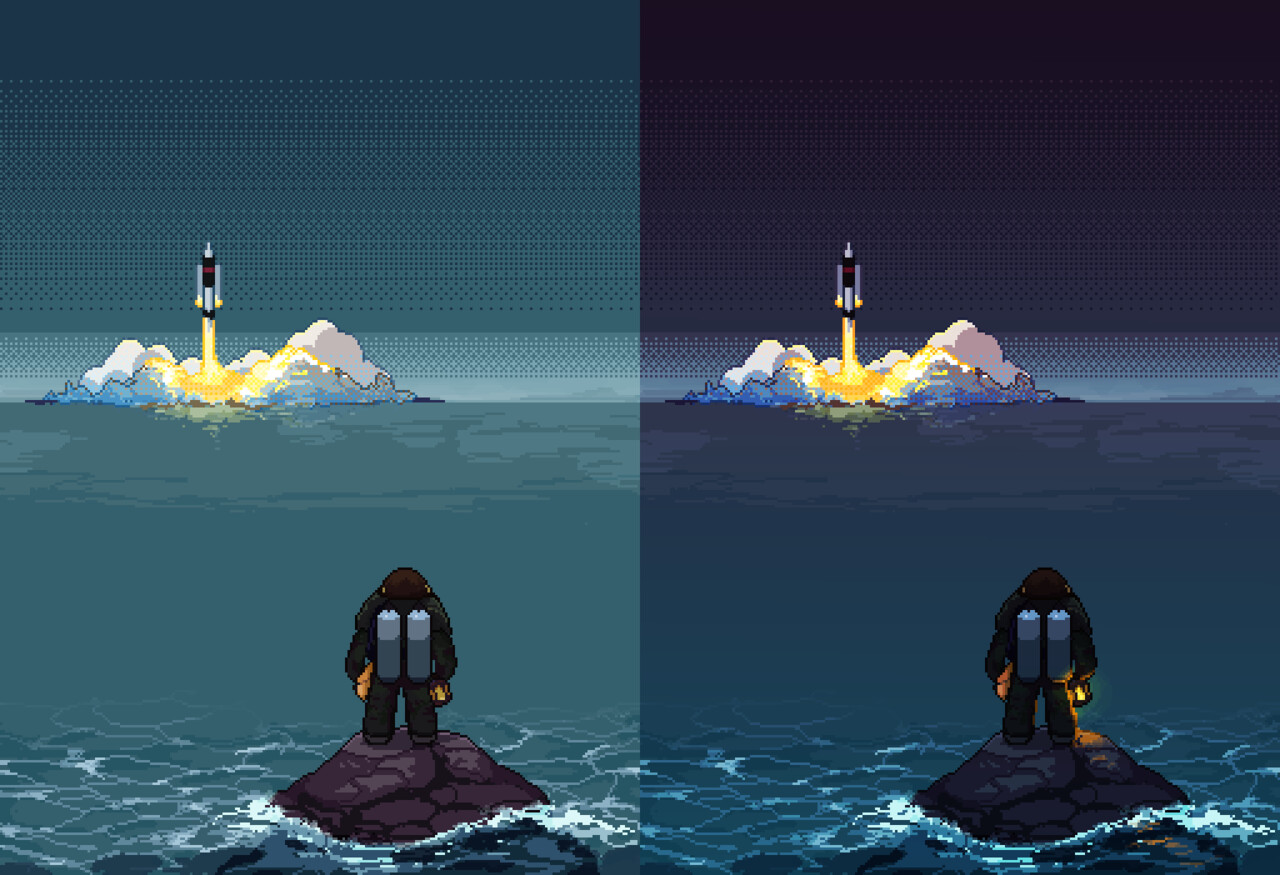 I've written this specific blog post a few times and it always ends up in the draft limbo or bin. Writing the story is probably simultaneously the best and worst part of making this game. I've really enjoyed writing since I was quite young but this is probably the biggest single piece I've done. I've also never gotten such a big "imposter syndrome" as I have when writing the story. I'm getting a little bit more comfortable now, though.

I've been using Plottr mostly, there are a bunch of different writing softwares and it might feel impossible to choose just one but Plottr is probably my favorite. It's not overly complicated but lets you keep track of all the characters and branching storylines. I've also been taking writing courses because I feel like I need help. I'm also reading books that directly and indirectly influence my writing so all of that takes a bunch of my time, I mean everything from Moby Dick to Japanese death poems. I occasionally do art for the game since it's a pretty great way of taking a break from writing, as you can see above!

Essentially, about the story in a nutshell: the water has risen to the point of making Earth largely inhabitable. Most people either died in the floods or were relocated to other planets that were terraformed over a long period of time. People on these planets don't really believe anyone is still out there on Earth but a small amount of resilient people have made their home on the sea. I don't want to say how and why *you* specifically stayed behind, that's for you to discover later!

For a long time I wasn't entirely sure about the world I was building but with some adjustments I feel like I'm on the right path. 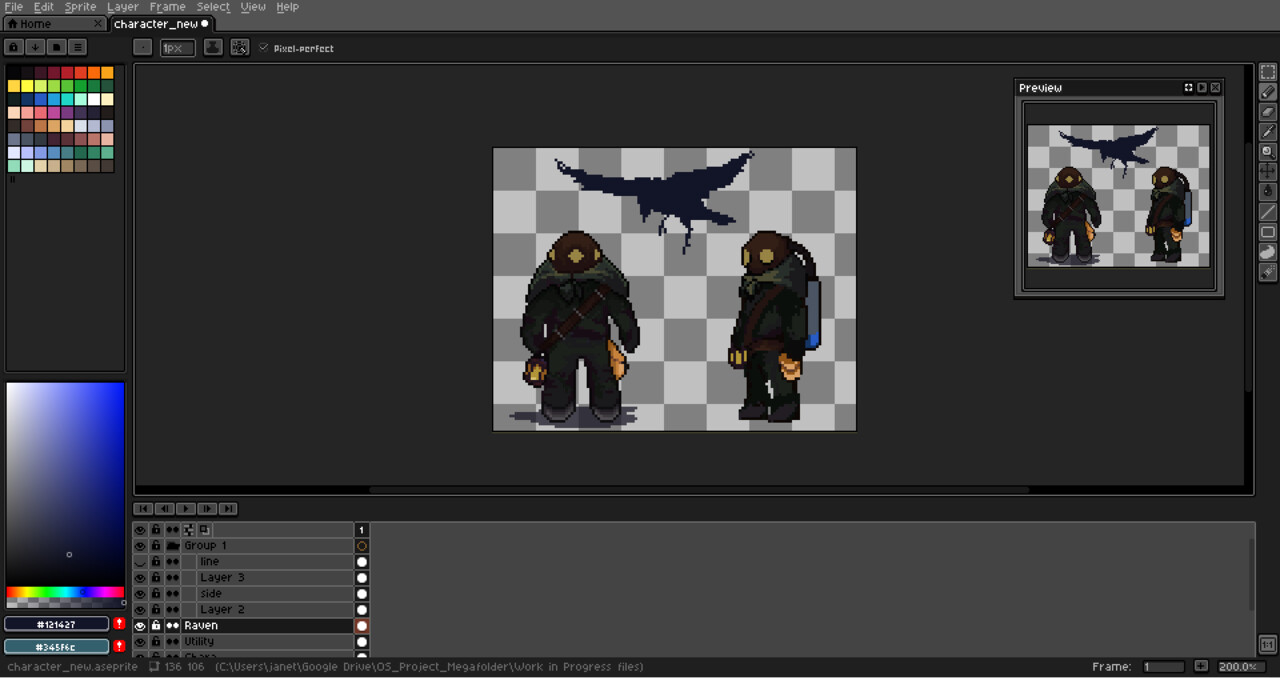 It's still a work in progress, I have to work on the readability a little on the sideview before I can make the animation. And I did think that you will have a big raven friend buddy to help with certain areas!

But yeah, writing about writing is difficult. I'll try and work on some practical code stuff so I'd always have updates.

Hope you enjoyed your Easter and weekend!